Alaskan Thunderfuck is a rare northern beauty. It is popular for its unique blend and resulting high. This strain will hit you like a freight train, and boasts of a uniquely intense CBD levels, often reaching a staggering 0.8%. It creates a famous, instantaneous buzz, that can make colors seem brighter, and everything else seem happier and easier.

There are few strains out there, whose heritage is shrouded in so much mystery. Alaskan Thunderfuck was reportedly created by mixing a North American sativa with a Russian ruderalis.

Somewhere along the way in the 1970’s, there were Afghani genetics thrown into the mix and voila – the luscious cold-climate sativa Alaskan Thunderfuck was then born. It is sometimes known as Matanuska Tundra or ATF, named after its native Matanuska Valley
Information about Alaskan Thunderfuck Strain: 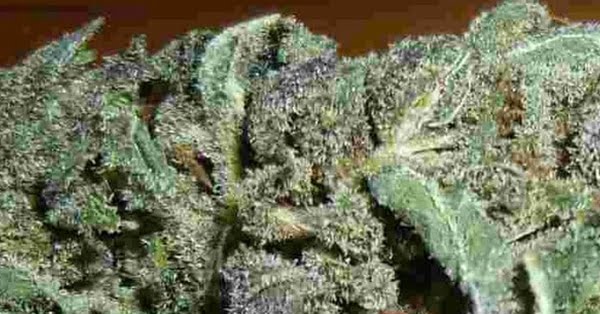 Much of this strains infamy comes from Alaskan Thunderfuck’s potency. It is said that the euphoric high will hit you fast and hard, hence its moniker. Alaskan Thunderfuck is a great sativa for those who typically steer clear from sativas, inducing happiness in everyone.
ATF will make you feel energetic, while relaxing the body and creating an uplifting and enjoyable buzz. This sativa produces a clear high, which is why it is recommended as a daytime strain – it will inspire you to get things done, and get then done while living in a carefree little bubble.
Alaskan Thunderfuck is an easy smoke, as it does not irritate the throat like other strains do, which makes it ideal even for asthmatics to smoke. The immediate high it creates, is easy to identify, making it possible to gauge your dose, so that you can still stay functional and productive.

Medically speaking, this wonder-strain is a cure-all. Alaskan Thunderfuck is notoriously popular for fighting pain conditions. Anything from muscle spasms, to joint pains and other chronic body pain is effectively treated with this strain.

Alaskan Thunderfuck can also be used by those who suffer from mental conditions. PTSD, depression and anxiety is alleviated with this strong sativa. Migraines and headaches are also easily treated even with small dosages.

This strain has become truly valuable in the medical cannabis community. Alaskan Thunderfuck is great for daytime use because it provides you with a boost of energy, leaving the patient feeling awake and focused and ready to get through their day.

The cerebral high you get from this strain is pleasant while working its magic, it will combat symptoms of fatigue and lethargy, and create a stress-free mood. Alaskan Thunderfuck may also help those suffering from eating disorders, as it can create a healthier appetite and induce the munchies.

There are no reviews yet.

Be the first to review “Alaskan Thunderfuck” Cancel reply